June 30th was Escale en Canal Lirou – Port de Capestang. You may remember how much we enjoyed last year’s festivities, and stayed up late eating and drinking while the musician entertained us!

This year the Sunday was full of free activities. The event started at 14:30 with fanfare, followed by a treasure hunt for the children.

Between 16:00-17:00 they gave free passage on the Postal Boat and free horse rides in carriages around the village or horse back along the canal paths. On the old postage canal cruiser, was a charming band playing folk songs to entertain the crowds.

14:30-17:30, the captain of the harbour invited families for free electric boat rides up and down the canal. The lines were long to get a turn, but they did their best to get everyone on board their boats.

Product markets were set up along the canal, where tourists and locals alike shopped along side the events. The big draw each year is sampling the local wines, who are also set up throughout the summer on Wednesdays and Fridays between 18:00-20:00 directly in front on the Capestang Port.

18:00 Acrobats entertained the bunches of children sitting cross-legged, semi circle around the stage.

After the acrobats we went up to join our friends at the square for a few cold drinks before the final act, when the very popular band started. We chatted with tourists sitting along side our table, and locals joined us as well. It was a hot day and the children found refuge in the water fountain and a few ice-cream cones we bought for them and their friends.

We headed back to the Canal du Midi just as they were starting the embers for the grille. The BBQ consisted of sausages and lamb. I went for the lamb as it has been years since I had a giant steak. Truth, we must have missed lunch in all the activities, and after a beer or two, we were famished. We ordered enough for the lot of us, and eventually they were all eaten up.

The tourist office staff was serving wine from a stand right along the canal. We bought ourselves some glasses, and sampled different wine from the local vineyards. I found the Rose very tasty, and the colour was nearly salmon it was so dark, nearly the colour of Bonbon or candy-pink.

20:00 Les Barbeaux sang in Occitan, Spanish and French, entertained us with the lead playing his accordion. The highlight for me was when an eight-year-old local boy, who happens to be a band member’s son, got up on stage to perform a number. What a great example to our kids watching the event to see a classmate bravely go up and sing in front of hundreds of villagers.

I felt a tinge of sadness, as I watched the locals know all the words. Then I remembered in Hungary we went to a NOX concert and Alfonz and I sang our hearts out, for the same reason. Or back home when a song came on at a pub and we’d start singing and swaying our drinks, as if it meant something more. No matter where you live, music is our bond.

Once the wine started flowing more steadily and the crowds began to eat and be merry, the tables and chairs filled up, and the chattered started. Goulamask’s guitarist and singer showed up to join in the festivities as did other local musicians to partake in the fun. I like how one year we watch them, the next we drink with them as they support other talent.

Our French friends, Hungarian friends and English friends all mingled together and had a fun time. I found myself speaking French one minute, English the next and Hungarian right after that. I like how all the parts of us have a place here in our little village.

Nearly every weekend in the summer there are free events like this either here or in the neighbouring towns and villages. The next big one for Capestang is the 5 day fete in August, with 3 different musical venues, simultaneously! 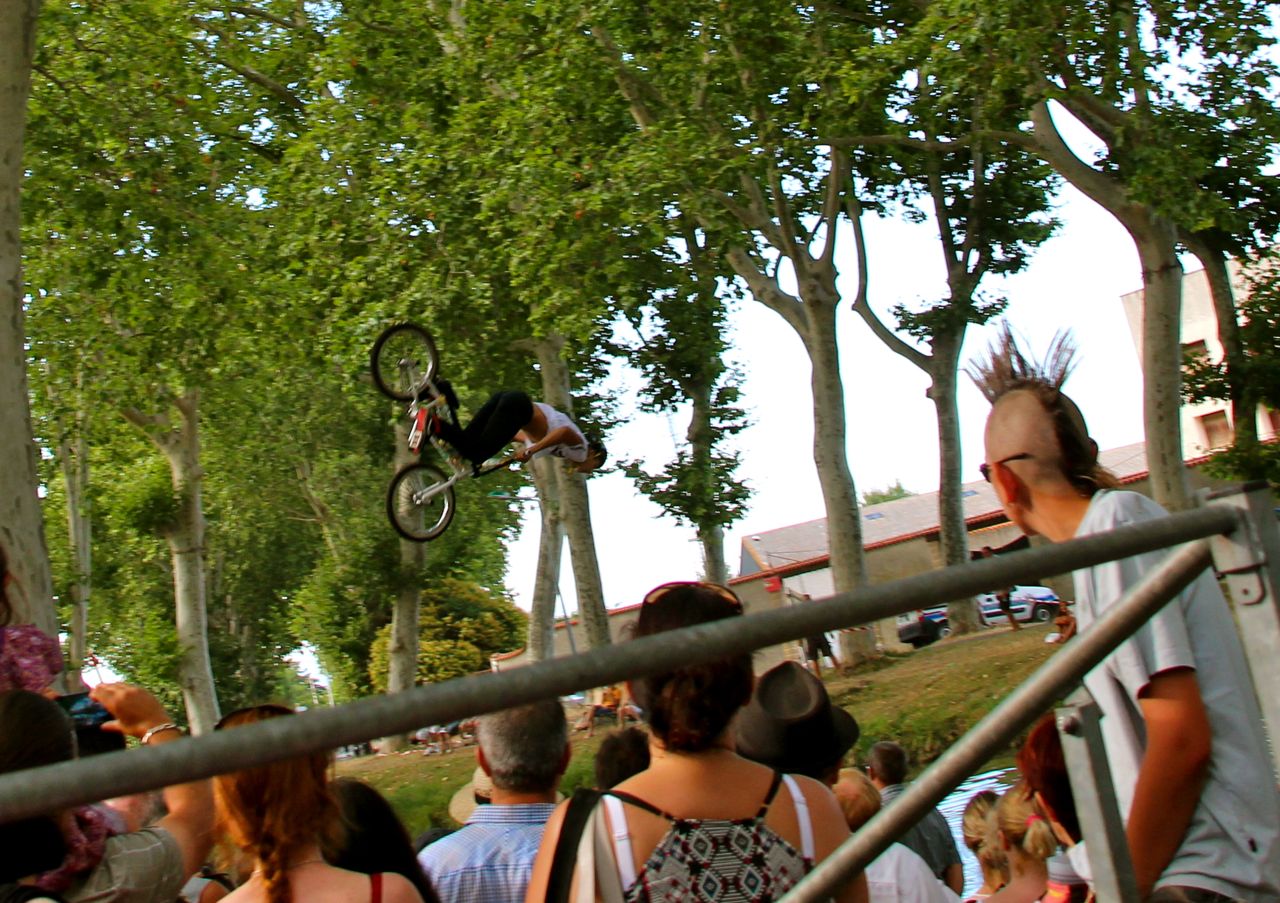