HELP! My children will not stop fighting!

From dawn to dusk, my kids are at each other. With that kind of determination to endlessly pursue something with intensity as my kids do when they fight- there is nothing I could not accomplish. Angelina and Daniel amaze me, and not in a very good way.

They fight about sitting too close together, and too far apart. They flight about the other entering their room unannounced and then right after complain that no one wants to play with them.

They fight about who gets mommy’s left side, who get’s mommy’s right side, when watching TV, and heaven forbid if they accidentally touch in the middle when we watch a movie, it may cause a world war.

They fight about who spends more time with me, who I love more, and they somehow keep a running tally of everything I do for them. They think if I spend a few extra minutes with one that I love them more, and then someone ends up in tears.

They fight for attention, negative attention mostly, and the two kids get progressively louder until I come out to see what all the racket it about. No down time in our house while on parental duty, I jump to attention when I think things are getting to a brawl.

How in the world do I get them to stop fighting?

Here is a list of the things we have tried.

1. Take things of value away

We take the things that have the most value to them away as a form of punishment. For Daniel that means no video games and for Angelina that means no makeup or Barbies for the day.

2. Ground them to their rooms

The problem with this one is that their rooms are awesome, equipped with a variety of forms of entertainment. So usually we strip their rooms first and then ground them for the day. Even then, their imaginations take over, and quickly find things to amuse themselves.

3. Exclude them from treats

I hate using food as a bargaining chip after watching so many talk shows of how this can contribute to obesity and food issues in the future, but when good behaviour can be rewarded with a chocolate and bad behaviour excluded from the treat, it seems like an easy fix. It reminds me how I trained my pets before kids. I end up giving the treat when the child improves, usually shortly after. Sit Booboo sit, good dog!

Both love their play dates and love spending time with their friends. Watching the other have a play date or go on a play date will improve behaviour although not having the play date sometimes only punishes me, and having to deal with a bratty kid with a cancelled play date can be harsh.

What we still have not tried is sending one or both to boarding school. It has crossed my mind and threatened on rare occasion.

We have not tried beating them. I did try to spank them, except those kids run fast, also I do not hit very hard, and sometimes they laugh at me. It only infuriates me more. Better to not hit.

In my worst moments, I yell at them to stop yelling at each other. After I laugh at how stupid I sound and hope to god the children do not realize how inefficient my parenting skills are.

My biggest problem when the kids fight from morning to night and I have to intervene dozens of times in a day is that it wears me down to the nub. I often feel like putting on my runners and running to the next village as fast as I can, just to get away from them. There are times that I have no energy to get up again from my chair as I try to work to find out the problem between them. Then I say ok guys start punching. I really have no idea who would win, nevertheless maybe they need to find out who is the stronger and go from there. The stronger be the leader. It works in the wild does it not? The survival of the fittest!

My tired bones tremble from the endless whining and screaming from the children, even as I write this.

Often when they play they sound the same as when they fight, still my mind assumes it’s more of the same, and I jump out of my chair crazy eyed ready to set them straight.

They are seven and nine year of age and have been fighting for over three years. More if I count when Angelina was first home from hospital and Daniel tried to poke her eyes out. That stopped when she reached two-years-old. That girl never touched the ground until then, and her being tiny, I worried for her safety from my barreling toddler.

When can I expect it to end?

On the other hand, I have known few people in my life that I would choose to live with. Some I could tolerate for lengths of time with sheer will power, although it was always my choice. These kids never picked each other and have already spent more time together than a modern day marriage. Being a sibling does not mean mandatory peaceful play, even when we only created the second as an internal family play mate for him. Boy did I guess the outcome of those two wrong.

In addition, people tell me, I am sure when you are not around they fight tooth and nail to guard and protect one another. Nope, no such luck. I have heard Daniel take side against Angelina, and even asked if he could go live with one of his friends to have a brother.

Could it be jealousy? I spend all my time with the two people I created. One chooses isolated video games to pass time and the other mimics my day. When they stop whatever they are doing and see the other with me, it ends in WAR.

On the other hand, they could be mimicking our behaviour. Alfonz and I do not fight, we bicker. Moreover, each conversation we have or decision we make is by discussion. We weigh out the pros and cons of everything we do, sometimes heated, sometimes benign, but always in a debate format. The children picked up this form of communication from us, and managed to get to the part where the compromise occurs and cannot find an agreement. Where Alfonz and I have the maturity to make mutual decisions, Angelina and Daniel do not. Ok we do not always have the maturity to find a mutual understanding, and then the person who feels the most passionate about the topic makes the decision. We grade our issue from 1-10, 10 being the most imperative.

Alfonz and I choose to spend most of our time together, and choose each other. Like most people in long-term marriages, we learn to get along and make our relationship work. The longer we live together the easier it is to overcome differences. We understand what a happy marriage looks like and give each other exactly what the other needs. The children are just not that lucky.

As vast as the world is, our DNA does not mean producing children with the same nature. Ideally, they would have similar calm characters with his dimples and my hair. Instead we got two feisty independent, strong willed youngsters, and sarcastically hilarious. The apple did not fall far from the tree.

My brother and I fought like cats and dogs. My brother was an introvert and I, an extravert. I liked to sing and dance and he liked to read and be alone. I had many friends; he preferred to have a few. He liked computers, I liked exploring. Now that we are older, we have far more in common.  Family, memories, travel…

I foresee my kids becoming the best of friends and hope to god this is a phase, as long as it may be.

Daniel is away in Hungary visiting my cousins, and both children get a much-needed break from the other. I can only hope when he returns Angelina and Daniel realize how much they missed each other and become best pals. We will see. Here’s to hoping for small miracles. 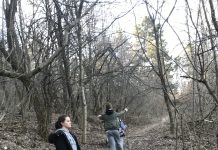 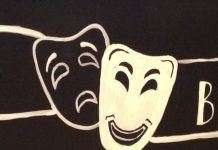