BEING AN EXPAT MAD OR COURAGEOUS?

Despite the news, the economy, and the banks; people move to southern France everyday. France is among the top ten places in the world to live. What makes France so special and are we crazy or courageous for making the move?

Of course the retired expat dollar stretches a whole lot further in the Languedoc region than the neighbouring Cote D’Azur or even our homes of origin. That brought the majority of the 300,000 expats from the UK to France.

Of course it is hard to assimilate to a new culture after retirement. Definitely courageous however many struggles follow and I read that many leave for home around the five year mark.

The weather boasts 320 days of sun per year and plays a huge role when people decide on a new country, especially when moving from a rainy climate.

My favourite days are in the winter, sunny that starts off cold yet still manage to reach 15 degrees by the afternoon. In the winter I plant flowers in the garden, spend time on my bike and take long walks. We are a lucky bunch in the Languedoc.

Then there is the medical system, which is world renown and gives us all a feeling of security. Those three reasons retirement money, weather and medical are the top for expats to move to France.

However, there are the few of us that move here that are not close to retirement. My husband and I have a young family and our decision to find a new life is based on something entirely different- giving our family a community.

Back home neighbours, bosses and friends change every few years. My worst commute to work was 1h30m each way to a place where after 20 years I didn’t know a soul.

There was constant movement and change in life, as the world raced from one point to the next without slowing down.

We thought that by working long hours we would buy the things we need. What happened is we end up buying the things we want. It is a common misconception, however things do not equate happiness.

The world around our family wasn’t rooting in place long enough to build long-term relationships. People built their lives based on the unsettling notion of accumulating. It was this constant grab towards things that our family did not accept as our way of life. We wanted to enjoy the kids while they were little, spend time raising them, not placing them in daycare so we could make more money to spend on the weekends.

I admit we bought into the lifestyle for a while. We were on the property ladder before getting married, combined our assets and moved up. Then, when that house was paid for we were ready to make the next leap and, we even put on offer in on our dream home near the beach. The big mortgage, the endless working, we asked ourselves what are we doing? Are we going to be happier in the end? Thankfully we managed to backout out of negotiations before taking the plunge.

We chased the proverbial carrot and as soon as we reached it, we just dangled a new carrot in front of ourselves.

It wasn’t a conscious decision to always want more, it was if we were in a trance. Everyone was doing it. If an opportunity presented itself, we fit it into our schedule. If we could physically do it, we took on more work, more debt, more everything.

Then it all changed- I had my son. My trance was broken. I wanted to give Daniel what I had growing up in a small town on Vancouver Island. Subsequently, Alfonz was having the same childhood 5,417 miles away in a small town in Hungary.

Kids knocked on our doors asking if we wanted to play. We rode our bikes around town as if we owned it, and explored the fields, creeks and pastures that surrounded our home. We would only come in to eat, afraid to miss out on any adventure our friends might have without us. We walked to school no matter the weather. We knew everyone in town and they knew us. It was the kind of childhood most people experienced in the 50’s and 60’s. It was unique for my generation to be raised with mom at home when the housewife was a dying breed.

Mom baking cookies and made meals from scratch; Dad went to work and came home around dinnertime. The template was dad bringing home the bacon and mom frying it up.

We had chores, never talked back and life seemed to go smoothly. We were far from rich but had no idea, as we weren’t lacking a thing. It wasn’t about what kind of shoes and clothes we wore, devices, video games we had or how big our family car was. It was about our ability to climb to the top of the tree and keep up with the older neighbourhood kids. Our days were busy, full of imagination and above all, we had the freedom to be kids.

Dirt under your nail, jeans ripped at the knee, shit-eating-grin kids.

When I had my children, especially after waiting until my thirties to bring them into this world, I wanted to stay home and give them something very special. I am sure all parents look into their newborn baby’s eyes and promise to give them the world. I wanted my kids to grow up in one house, a room they felt safe in and make lifetime connections with the people around them.

No matter how hard we tried to make a community in Canada, people do not stay put. It was a revolving door of people through our life who constantly moved, reached, strived and eventually left.

It was transient. Even in our (so called) great neighbourhood people were going up or going down in the real estate market.

It was during my maternity leave we stopped buying into the idea of constantly working to buy and consume. We wanted something different. I wanted to teach my kids to not look for the new shiny things but to be grateful for the things we have. It was high time someone said it out loud. North America fails our families.

What I want to give my two children does not exist. Family shouldn’t be about shopping sprees and restaurants on the weekends, endless activity and always wanting more. It was not a healthy environment to raise children, and we were up against name branding and consumerism. We didn’t have a chance, it was constantly crammed down our throats at every turn; bus stop, sign, radio, TV, and grocery store magazine racks.

It became our life mission to find a life based on time together as a family and not money. Simple enough. We searched all over Europe. Most places were exactly what we left. The hustle and bustle of trying to survive, living beyond your means on credit cards and the two pay cheque family, two paychecks away from the street. Life seemed crazy and we wondered if what we were after actually existed.

France does something different than any place I have ever been. They hold on to their values, traditions and culture even in the face of diversity. They stay in their villages for generations and pride themselves on being part of that community. They root, they stay and they always include children.

While most places in the world live to work France works to live. Not sure how long this will be the case, as the North American lifestyle slowly reaches the four corners of the earth. We may be mad or courageous but we still believe…

Kids don’t need things and endless activities to be happy. All they want is you.

What triggered me to write this post was the endless questions of why France. Sometimes people use the word courageous for starting a new life, for going after our dreams, for putting family first, for checking out of the rat race. And sometimes I agree. Other times I think how could we have left everything we know so well to start again in a culture so different than life in Canada. Quickly I remember it is the difference that keeps us here.

Being an expat is perhaps mad and courageous in equal portions at different times. 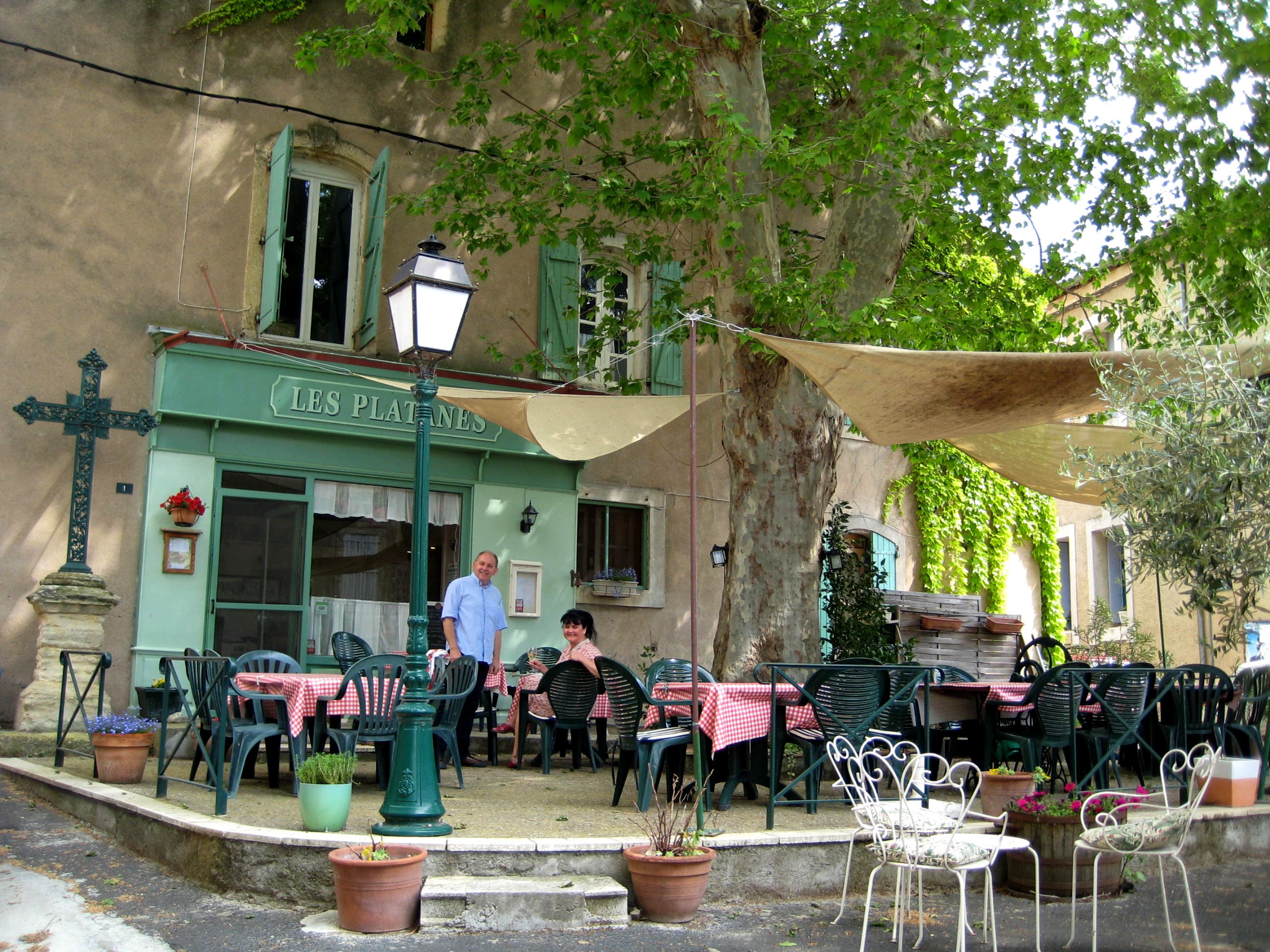 My Expat Life – Open for Business