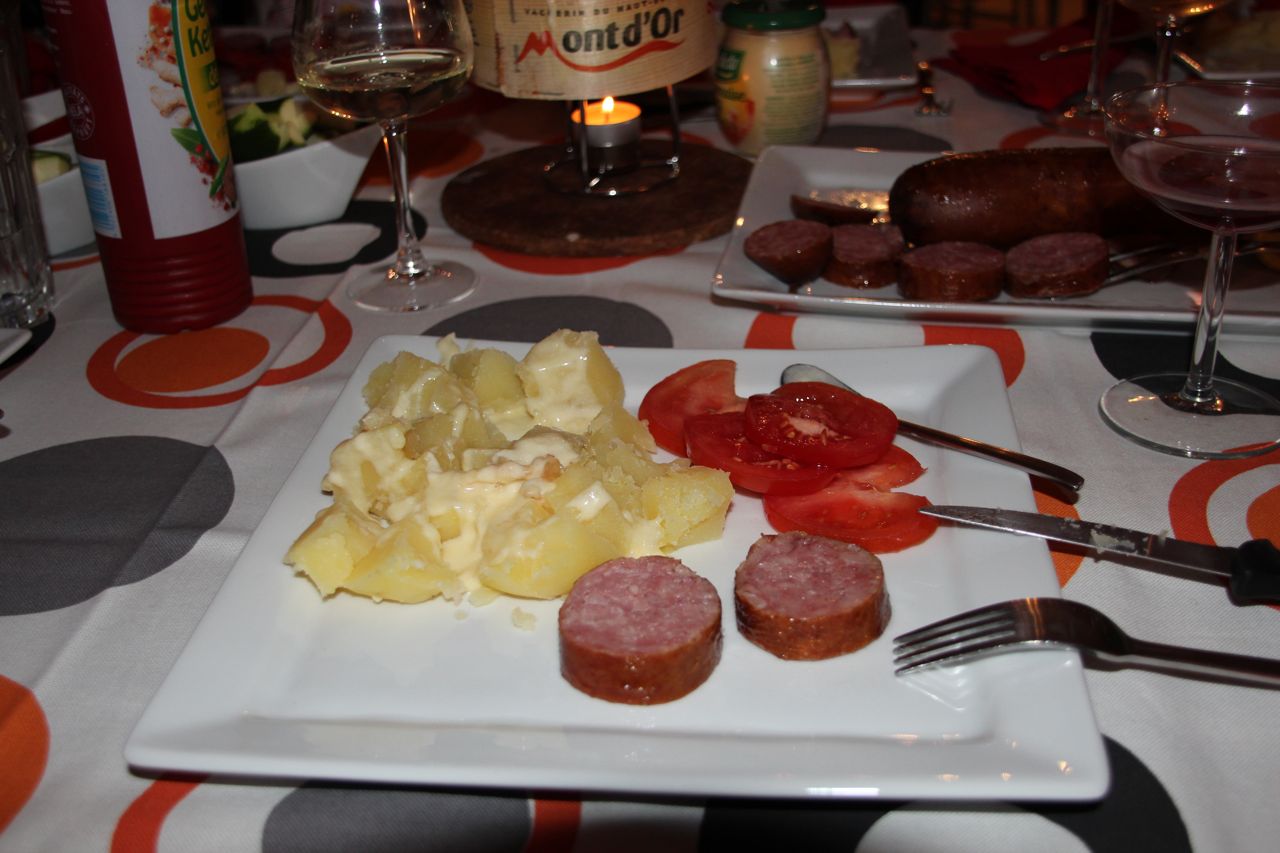 We join our friends, Daniel’s handball coach, his family, and their 4 kids, for another beautiful meal.

Mont D’or is located on the Swiss boarder, a huge ski mountain, and world renown. And C, the father of the family, happens to be from this region in France, known for their cheese, the cheese that fondue is traditionally made from.

Cheese and wine are perfectly paired, and since we moved to France, we haven’t shied away from becoming full-bore lushes. Obviously feeling comfortable in our new surroundings in France, now that we got the drinking and the cheese thing down, we share a special meal.

Boiled potatoes, with ‘Saucisse de Morteau’, from the region of the same name, with ‘Mont D’or’ fondue cheese warmed to go over, was served to us after starters and a glass of wine.

The firecracker hostess, B, took the top off the cheese, dug a whole in the middle, poured in white wine and stuck it in the oven to bake. It was heavenly! Its creamy, smooth texture was enough to satisfy any cheese lovers hankering. Made from cow’s milk, only available between September -May, this treat comes in a spruce box you can bake it in.

The sausage is traditionally smoked for 48 hours over juniper and conifer sawdust, in a pyramid chimney, called tuyes. It has a strong flavor and is solid meat. Made from Franche-Comte pork fattened traditionally in the mountainous region.

They had their annual new years cake with the prize inside, like the one we also shared with another family a few weeks back. Daniel was lucky enough to get the crown! Way to go Daniel!!