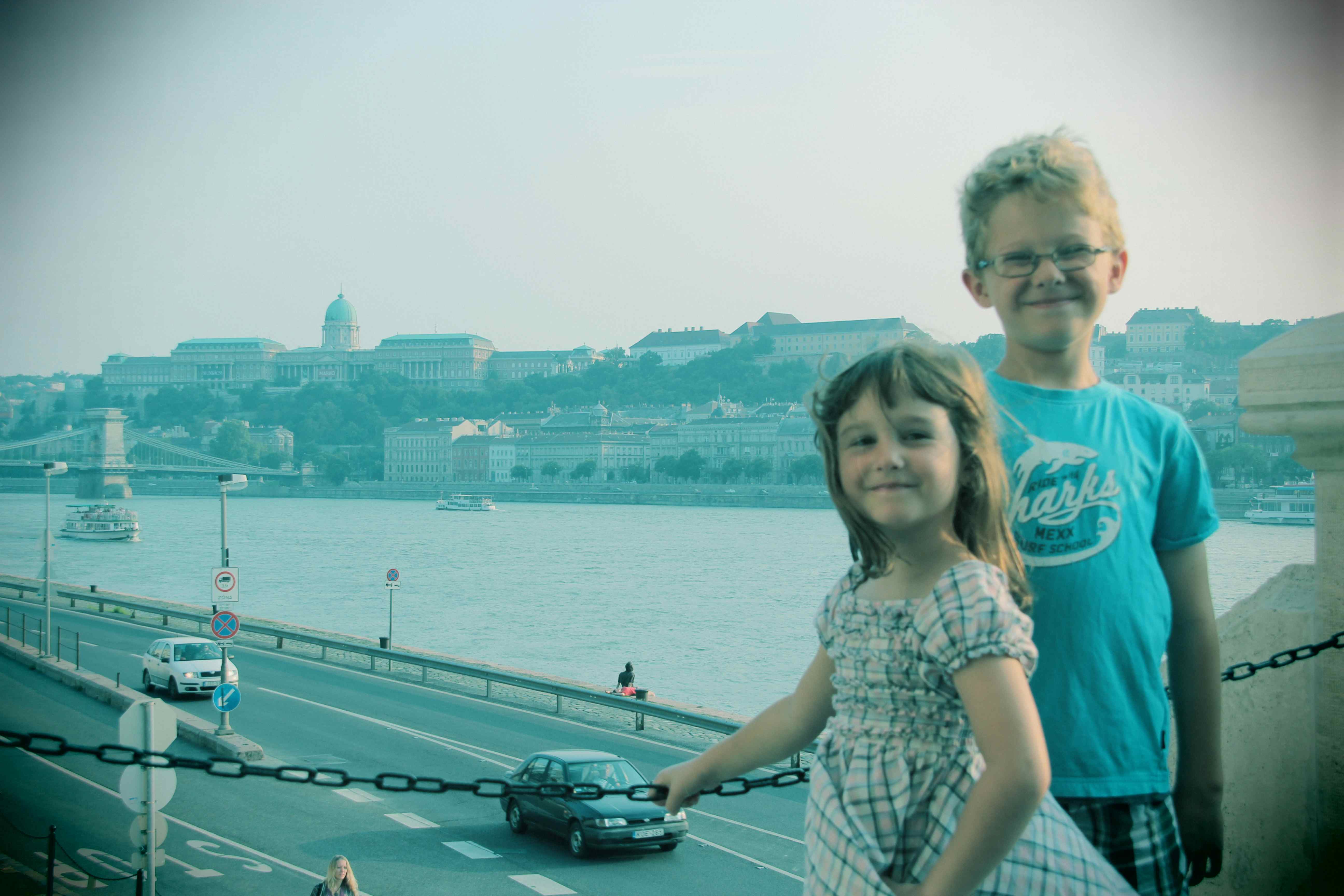 Every year thousands of kids go on field trips with their elementary school to see the Parliament building in Budapest. The 100-year-old building was built on the Danube River, as a mark of the 3 cities, Buda, Pest and Obuda uniting in 1873 to create a single city, Budapest. The new government built their new parliament house in 1896. Which was also the 1000-year anniversary of Hungary. The design itself, by Imre Steindl, won the competition for the best design, and started building with 1000 workers in 1896 and completed the vast work by 1904.

Alfonz had not been this close since he was in elementary school when he lived in Budapest, and he was pretty excited when my cousin, Zsolti, who is one of the official guards of the building, gave us a personal tour. We got to see rooms and areas that most people have never seen before.

My favorite part was the changing of the guards by the 1000-year-old crown of Hungary. Two guards protect the invaluable artifacts in a grand room that has a striking resemblance to a cathedral. Angelina asked me, Where are the pictures of baby Jesus kept mama?

We entered through a security gate, not the entrance for tourists, but an entranceway for staff. The kids said it was just like Harry Potter, a secret passage! It smelled of library books and old wood, a memory trigger for me of the entranceway of my Nagymama’s 100-year-old apartment building, also built on the 1000 year  anniversary of Hungary. We walked around listening to my cousin tell us the history, all the kings, and rulers of Hungary, showed us the hand carved wood pillars, and the gold trimmed paintings.

The cost of this building in today’s money could completely renovate Budapest 3 times over. At the height of Hungary rule, this project was a spectacular under taking. The 2 runners-up for the architecture contest built the Ethnographical Museum and the Hungarian Ministry of Agriculture, both of which face the Parliament Building.

The gold detail along the walls and ceilings were stunning, and the grand red carpets, ornamental staircases and archways could welcome any king or Member of Parliament. Stain glass windows, and frescoes make this a must see tourist attraction when coming to Budapest. People can set up a guided tour of the exterior and the interior of the building.

The perched home of the parliament give visitors a bird’s eye view of the Buda Castle, the Danube River and the shores of Pest and Buda below. Third largest parliament in the world seems far too big for such a small country, but at the time of its construction Hungary formed part of the Habsburg Empire, that stretched from the Tatra Mountains to the Adriatic.

Similar to the Palace of Westminster, the Parliament Building is in the Gothic Revival style; it has a symmetrical facade and a central dome. It is 268 m (879 ft) long and 123 m (404 ft) wide. Its interior includes 10 courtyards, 13 passenger and freight elevators, 27 gates, 29 staircases and 691 rooms (including more than 200 offices). With its height of 96 m (315 ft), it is one of the two tallest buildings in Budapest, along with Saint Stephen’s Basilica. The number 96 refers to the nation’s millennium, 1896, and the conquest of the later Kingdom of Hungary in 896. (Thanks Wiki)

My cousin walked us through the areas he was allowed to show us, and then took a few pictures of us on the steps of the entranceway to the Parliament Building. I watched tourists taking photos from the marked area of allowance, 100 meters away and felt extremely grateful to have the opportunity. I know it doesn’t come lightly.