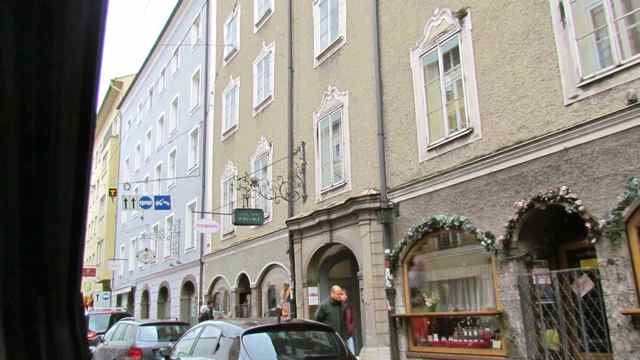 The hills are alive with the sound of music! Julie Andrew’s beautiful voice has been going around in my head since our visit to Germany! Our family intended to go forward to Switzerland from Germany, but got some bad news. Alfonz’s grandmother has passed away and we will be travelling back to Hungary for the funeral. With the Walnut Apartment rented out until Sunday, we had 3 1/2 days to fill, and Alfonz surprised us with a pretty special holiday.

We drove southeast towards the Austrian/German boarder by Salzburg, the city where Mozart was born, and checked ourselves in to a beautiful apartment room over looking the city. ‘Neubichler Alm’ Hotel is a member of the Kinder Hotel chain and the Familienparadies line, located in the German countryside, high above Salzburg, Austria.

The location looked exactly like the movie ‘The Sound of Music’, with rolling hills at the bottom of grand snow topped peeks; green meadows edged with full dark forests and fenced pastures. Fall fruit-trees hung heavy with ripe apples, and the garden below were scarcely littered with half eaten fruit.

Kinder Hotels offer childcare with fun activities from 10:00am-6:00pm daily, and an equally fun schedule for the parents.

When we got there it was a warm day. In T-shirts we strolled around the grounds enjoying the open meadows, trails through the cool forest and visited the horses, goats and bunnies they keep. The view of Salzburg was clear, and the backdrop of the mountain range around us was the postcard for Julie Andrews running over the hillside singing; the hills are alive with the sound of music! Instead in those pastures were cows grazing, and not her spinning around, arms spread out head back, taking in the scenery. But I don’t blame her, if I could run there and turn around and start singing I probably would! It was moving. Sun baked blooms and the smell of rain to come, so many colors of green and the sky was blue indeed, the finest of sky.

In the night the weather changed rapidly and we woke to storms. Thunder and lightening entertained the skies as we slept, our treat were the mountain tops covered in snow. What? Is that really snow? We did not come prepared for such a drastic temperature change and decided to leave. We told the reception we would have to leave after breakfast, as we were not ready for the snow. The owner of the hotel came to our rescue and fitted the children with warm coats and hats. She had 4 girls of her own, and found a neutral coloured jacket for Daniel in the bunch. Angelina lucked out with good pair of rubber boots, and our plans to stay solidified. Yay!! We were all very happy to give this German destination a chance, no matter the weather.

Our days were full. The kids started off with horseback riding. Angelina and Daniel in their riding hats took to it very quickly. Being low season, each child got extra long turns, and they even let Angelina hold the reigns and walk the younger children around. She was in her glory! This alone was worth the price of the fare.

The children spent part of their day doing crafts, playing in-door; soccer, tennis and archery in the activity center, and played games with the other kids. We picked them up for a couple hours of swimming before dinner both nights, and after dinner we played in the activities room as a family until bed. It proved to be an active family holiday, with loads to do and see.

The restaurant had beautiful meals too. Glorious crusted white fish served over rice pilaf, or roast pork in pepper corn gravy with boiled potatoes served with spinach stew. Baked salmon with olive sauce served with baked beans. Seafood stew over noodles, and spaetzel and schnitzel for the kids were also on the menu. Salad and soup went with each meal and as well as a nice dessert to finish. Lunch is included in low season, and we ate like kings! Lunch was often better than dinner. Kids ate in the kids club with their new friends, offering kids meals like fish and spaghetti and their drinks were included. Ice cream around 3:00 for them as we got cake and coffee as we recharged from the activities. The whole time we ate we enjoyed the beautiful view.

Alfonz and I got the mornings to us, and went to the gym before lunch. In between meals we played badminton, took long afternoon walks, hikes, swimming, sauna and read our books without interruption! Can you believe it!!

3 days is about $1100, with activities and food (in our case clothes too) included! They also went out of their way to accommodate what we wanted to do. With only 5 families there during the week, we asked if we could try archery as a family after dinner. They set it up for us and supervised as we learned. They also opened the sauna an hour early as I was frozen to the bone.

A nice lady, A, even offered her jacket to me. The people we met on vacation and who also worked there were very nice and helpful. The waitress even made pretzels for Daniel being his favorite breakfast treat and packed us up a huge lunch for our drive back to Budapest!

For those who don’t know, The Sound of Music is based on a true story. I read the von Trap family biography this morning online and am searching the nearby stores for the Sound of Music on DVD. Not only did we visit the countryside from the movie, but also the city where the von Trapp family lived. Some of the children moved back from America and lives in Salzburg.

I want to buy the books; Maria her autobiography and The Story of the Trapp Family Singers, both better accounts of the actual story than the movie. I learned that the father’s actual nature was far more pleasant than portrayed in the movies as well as Maria was a little less than always sunny. But hey, extremes sell movies! There were 3 movies all together; Sound of Music, Die Trapp-Familie and Die Trapp-Familie in Amerika, all on my must see list.

Last night we did manage to watch the movie ‘The Sound of Music’. Standing on the German hills looking down on the pretty city of Salzburg in the area where the movie was filmed and understanding a bit about the history of WWII and the account of Hitler’s Nazi Germany in the movie, made watching the movie again a far more real experience. Before I had watched this movie of the von Trapp family as a child, and enjoyed the singing, the kids and the basic love story. This time the impact was different, like when we visiting the Synagogue and learned about first hand accounts of the war, it too affected me. It must have been a difficult decision to move away from a country you love. They left on principle, and stood up for what they believed in. We can all learn from them. 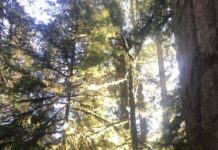