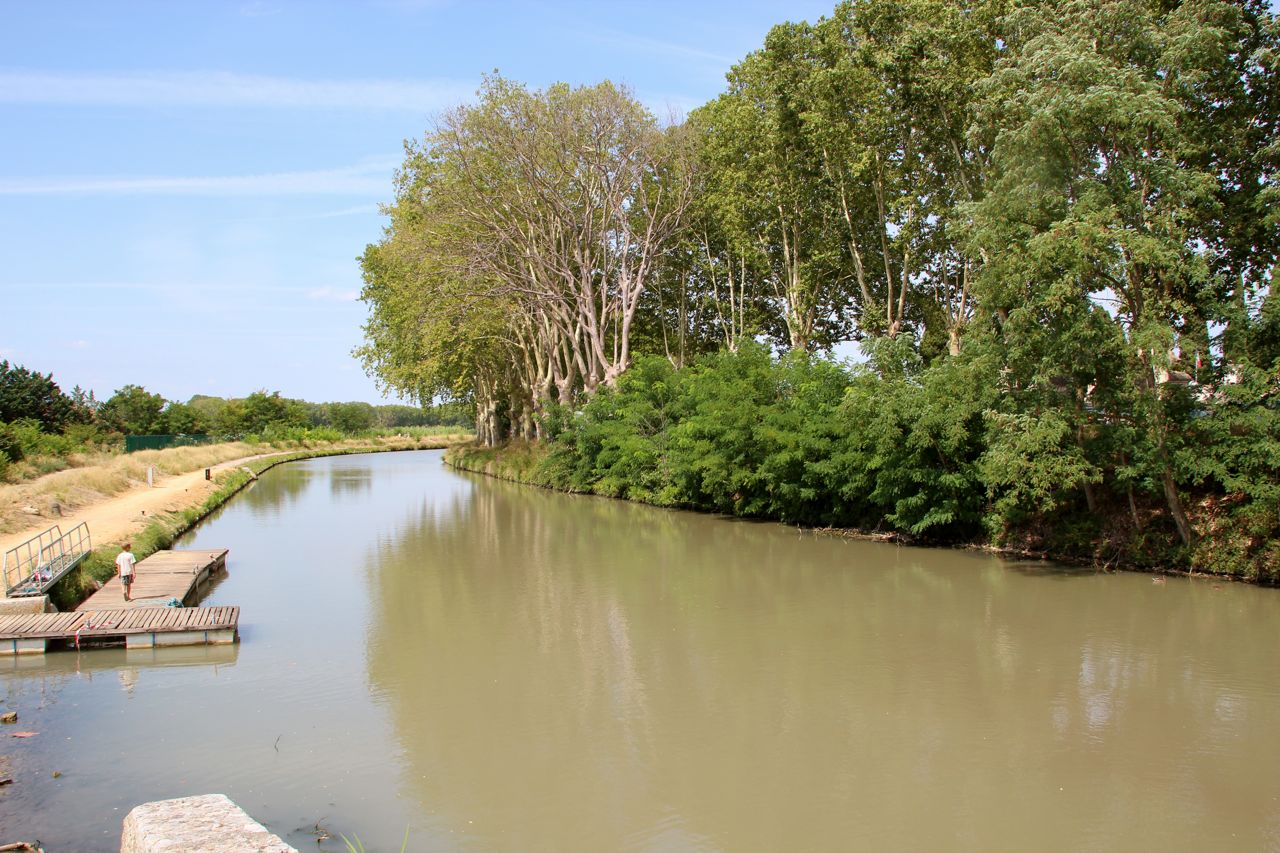 For the lady from Belgium, that spoke German and English, that we never saw again by the canal to let her know what it was we saw swimming in the Canal du Midi that day.

She and many others talk about giant rats that swim along the river’s edge at dusk and dawn. I thought they were talking about river rats, their sleek black bodies that give most people the heeby-jeebies.

Daniel, Angelina and I have gotten into the habit of feeding the canal ducks a few times a week to get out of the house on those hot southern France summer nights. While throwing bits of day old bread to the local canard we noticed big black rats on the opposite side of the water on top of a stick stack that looks much like a beaver damn. Swimming in the water looked like a beaver except with a square snout, a rat-like tail and about half the size of the Canadian beavers we see in the interior.

A lovely well dressed lady on holidays with her husband and mother was standing on the dock, taking photos of the animal when we met her. Her family rented an apartment in Capestang and observed the animal each evening on their walks. She figured the rats were the babies of the giant rat like animal and by all accounts, it did make sense. Except being familiar with rats, we knew those were full sized river rats on top of the debris, the kind you see growing up close to the Fraser River in Surrey, British Columbia. On further investigation, we determined that it was either a muskrat or a beaver living in the same environment as its vermin cousin.

When I did finally look it up on the Internet, before our walk the next evening, I realized the error in my ways. A muskrat weighs about 1.5-4 pounds and a beaver is about 35-70 pounds. Our native Canadian beavers are much larger than the rodent we saw that evening and beavers have a distinct flat tail that aids in their unique swimming.

The muskrat is tiny, the size of a large river rat, that also uses his tail for swimming, a regular sighting along the salt-water dykes in Surrey, B.C. Canada.

Both exclusions swim with a side-to-side motion. What we saw was more an up and down motion. What kind of animal is it then?

The Coypu or Nutria weighs in at about 11-20 pounds with a round tail that does not aid them to swim. They paddle as they go and are much slower.

The most notable detail about the coypu is its large front oragen or brown teeth. Although the one we saw did not smile for the camera, it did have, a funny shaped snout and Daniel commented on the resemblance to a hippo’s nose, square and protruding.

I may be wrong but from the few minutes of research Daniel and I did on the net, our hypothesis is that the little guy living on the right side of the bridge if you are facing the cemetery in Capestang France is in fact a Coypu.